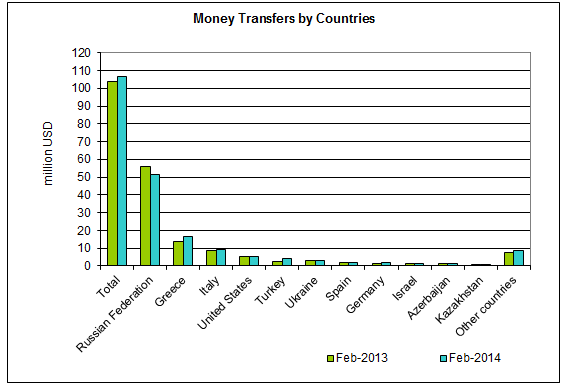 The structure of remittances transferred by electronic wire systems for the reference month is shown on the graph below. 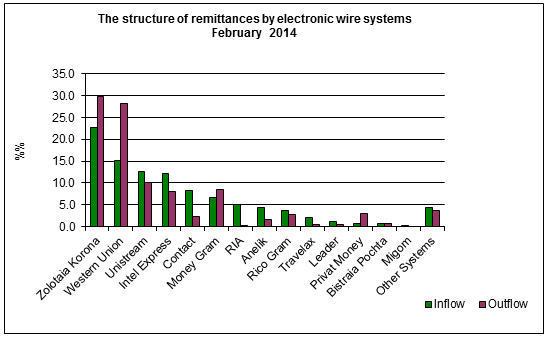 Present statistical information is published on the website of the National Bank of Georgia at the following address: http://nbg.gov.ge/index.php?m=306&lng=eng