A New NBG Collector Coin for Rafael Chimishkyan: Governor Koba Gvenetadze Hands over the Special Gift to the Olympic Champion

The NBG Governor offered honorary guests a special surprise: a new collector coin dedicated to the Summer Olympics. The Summer Olympics were to be held in Tokyo last year. However, due to the consequences of the global pandemic (Covid-19), at the decision of the International Olympic Committee the Olympic Games were rescheduled and will be held in the summer of 2021. Importantly, the name of the event - "Tokyo 2020" has remained unchanged. 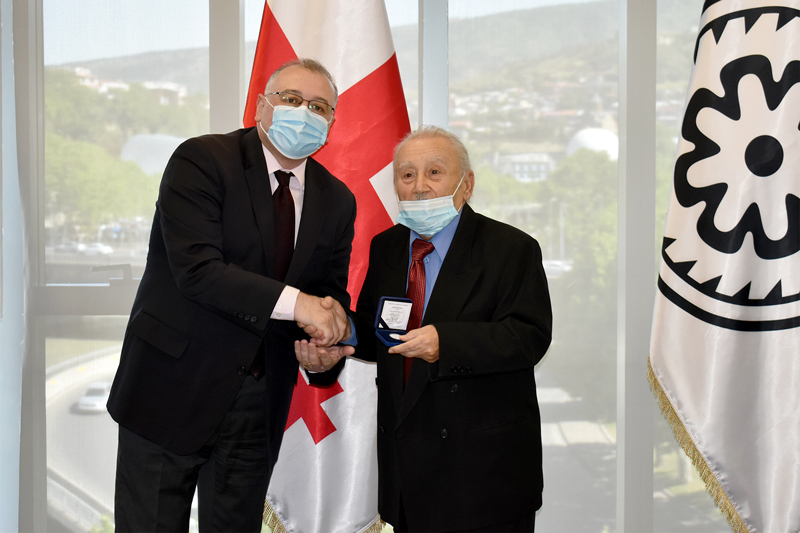 "I would like to extend my gratitude to the Georgian National Olympic Committee for their assistance in the coin creation process." Governor Gvenetadze stated. "I am highly honored to host Rafael Chimishkyan, the legendary double world - and six-time European champion today. He has been named Georgia's best weightlifter of the 20th century."