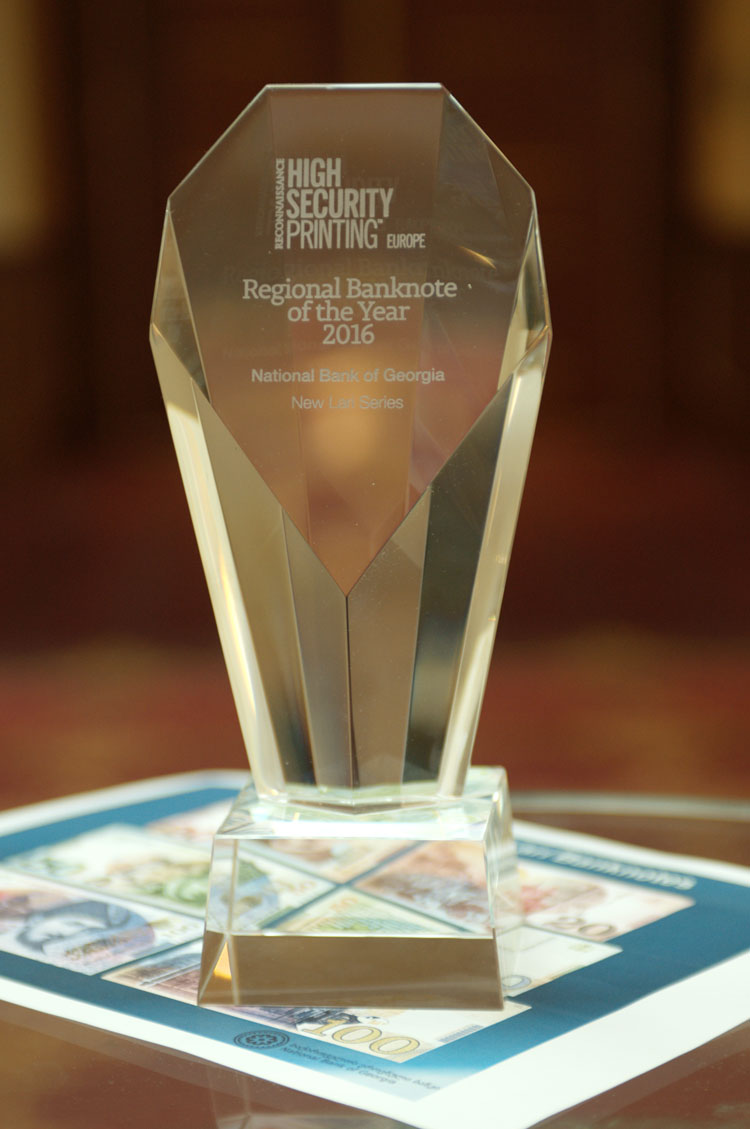 On March 15, 2016 at the HSP EuropeTM conference held in Bucharest, which covered European and CIS countries, the upgraded Lari banknotes (20, 50 and 100 Lari notes) were announced as the winners of "The Regional Banknote of the Year 2016."

The following notes were nominated this year for "The Regional Banknote of the Year 2016":

National Bank of Kazakhstan was also presented the award, for the new high denomination 20,000 tenge banknote.

The award recognizes outstanding achievement in the design, technical sophistication and security of a banknote.

The High Security PrintingTM Europe is an annual international conference, with the representatives from European and CIS countries which draw together top experts to discuss the latest issues and developments in anticounterfeiting, anti-diversion, document and brand protection and holography.

On the last year's HSP EuropeTM conference, which took place in Budapest, Hungary, Polish Zloty was the winner of "The Best Regional Banknote of 2015" award.