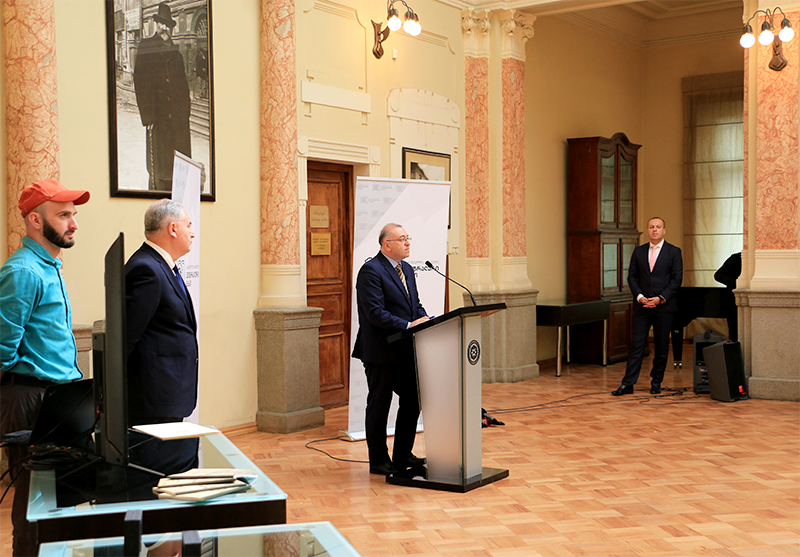 The National Bank of Georgia is celebrating 100 years anniversary. The celebratory event was held on October 1st. The event, which was held in the historical building of the National Bank - National Parliamentary Library of Georgia was attended by the members of the legislative and executive body of Georgia, representatives of the financial sector, international organizations and diplomatic corps.

Throughout the year 2019, numerous events have been held dedicated to the anniversary - public lectures, competitions, exhibitions and etc. Partner organizations have congratulated the National Bank with 100 years anniversary.

The guest, who attended the event, saw a documentary video, which portrayed historical shots of opening ceremony on the NBG and the period of 1919.

Within the frameworks of the anniversary, with the initiative and support of the National Bank of Georgia, a book "The State Bank of Georgia 1919-1921" was published. It's worth mentioning, that the author of the book is an employee of the Kvareli Money Museum, Roland Spanderashvili. Roland is a historian and the author of various scientific publications. The books were gifted to the National Parliamentary Library of Georgia.

The Governor of the National Bank of Georgia presented 5 Lari Silver Collector coin to the public, which is dedicated to the anniversary date. The coins have been struck by the Lithuanian Mint, the selling price of the coin is 75₾ and it is available for purchase starting today. 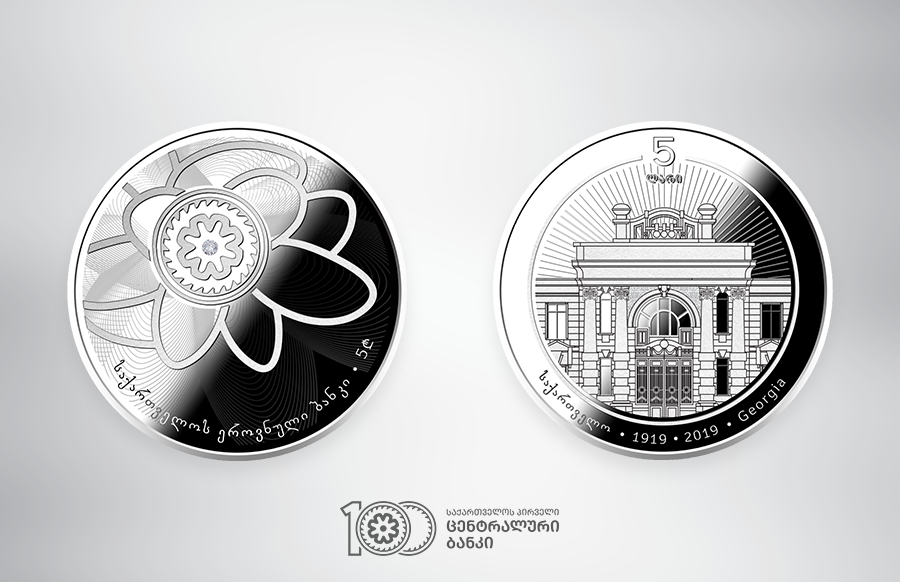 The main composition of the reverse of the coin represents the building, where the First Central Bank was established and was functioning in 1919 (today's National Parliamentary Library of Georgia, Building I). Inscriptions include "5 Lari", "1919 . 2019" and "Georgia" both in English and Georgian.