The Georgian National Rugby Team will participate in the 9th Rugby World Cup in Japan during the Fall 2019. To commemorate this event the National Bank of Georgia issued silver and gold 5 Lari collector coins. 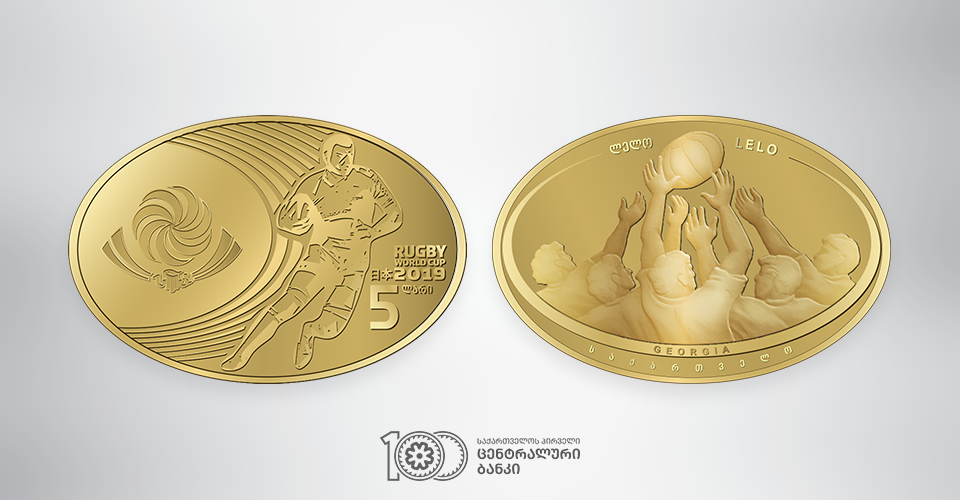 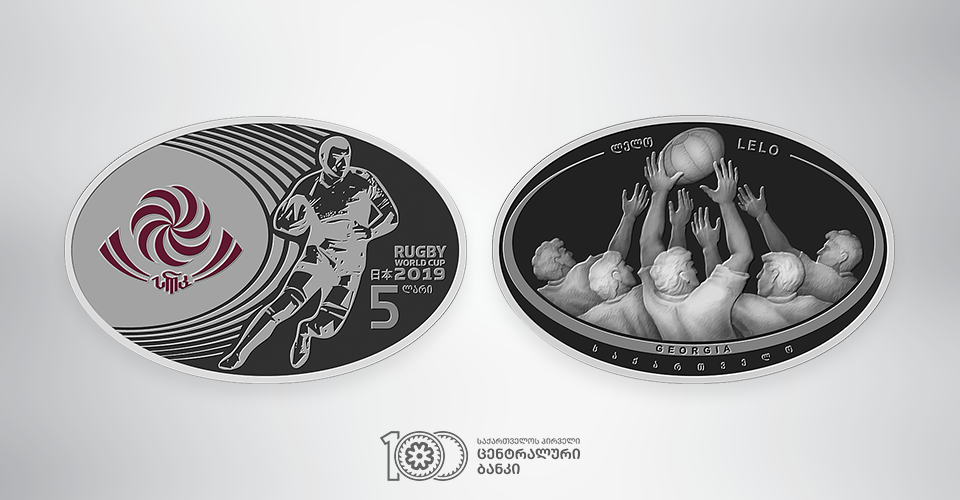 Today the Governor of the National Bank of Georgia, Koba Gvenetadze presented new collector coins to the public. The presentation was attended by the Georgian National Rugby Team, Georgian Rugby Union representatives, members of legislative and executive body of Georgia, representatives of the financial sector, international organizations and diplomatic corps.

"Georgians have been spoiled by the success of our rugby players. Today, rugby has numerous enthusiastic fans in our country. Rugby is a national sport. Participation in the World Cup is already a great victory. The exhibition presented at this event with the support of the NBG demonstrates Georgian Rugby's Way from "Lelo" to World Cup. From folk rugby, which was played since time immemorial during the holidays in the western regions of Georgia, to high ranking game at the World Cup, where only the best 20 teams are chosen to play. Knowledge, power, teamwork - these are the main pillars of rugby. I would like to once again express our support of Georgian National Rugby Team and wish our praiseworthy "Lelos" success. Whole Georgia is your fan! By issuing a collector coin, the National Bank of Georgia commemorates the importance of the event for our country. Today we present to you a 5 Lari gold and silver collector coins dedicated to rugby",- stated Koba Gvenetadze.

The coin was designed by Mamuka Gongadze and Nita Gongadze. These collector coins are of an oval shape, recreating the structure of Rugby ball, which is a novelty for the National Bank of Georgia, given the designs of previously issued collector coins. The coins have been struck by the Lithuanian Mint and their design is identical, with the only difference that color has been used on the silver collector coin. 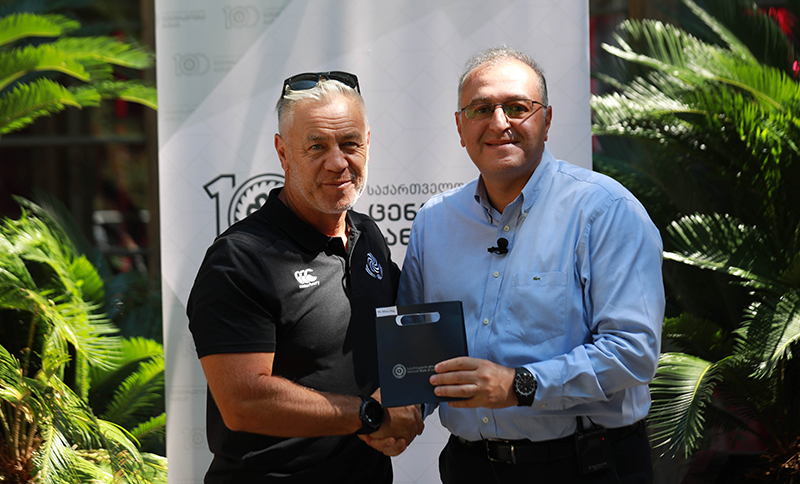 The main composition of the obverse of the coin represents a rugby player with a ball, the "Borjghali"- logo of the Georgian National Rugby Union; caption of the Rugby World Cup in Japanese and English, "2019" and "5 Lari".

The reverse demonstrates the beginning of the "Leloburti" - which is an ancient traditional Georgian game - ball thrown in the air and hands striving to catch it; inscriptions "Lelo" and "Georgia" both in English and Georgian.

From August 29th, 2019 the coins will be available in the Cash Center of the National Bank of Georgia (located at 72, Kakheti Highway, Tbilisi), Money Museum in Kvareli, as well as, the online store.