On June 10, with the support of the National Bank of Georgia, Forbes Georgia together with Ernst&Young presented the Georgian Banking sector review and commercial banks ratings.

In Forbes Georgia’s commercial banks rating the leader is the “Bank of Georgia”. As Forbes Georgia’s editor in chief, Guga Sulkhanishviili, told the journalists, four parameters were used for the research - total assets, deposits, capital and loans issued.

This exclusive material was prepared by Ernst&Young Georgia and Forbes Georgia in cooperation with the National Bank of Georgia, based on the NBG’s materials and statistical data, and also on the data of National Statistics Office of Georgia.

At the presentation of the new issues of Forbes Georgia, Giorgi Kadagidze, governor of National Bank of Georgia, appraised Georgian banking sector: 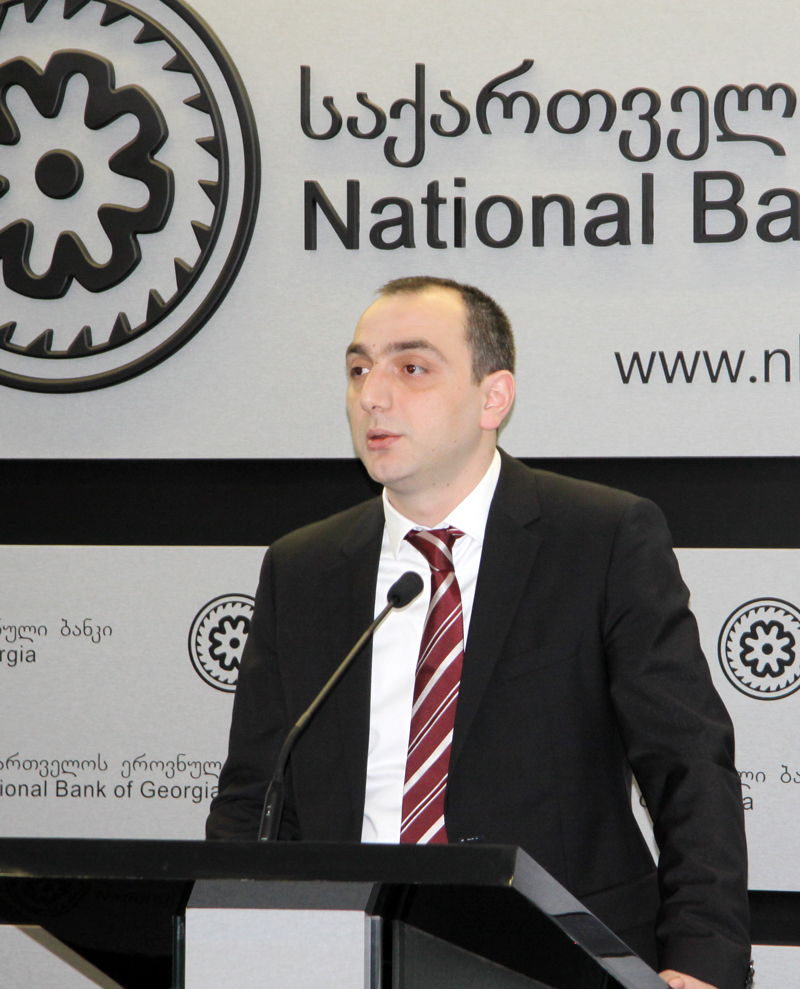 “This is the period when the banking sector summarizes the previous year. Forbes, with the support of National Bank of Georgia recapped 2013 from the outside. As for the view of the NBG, it will be presented in the parliament of Georgia, as provided for by the legislation. One thing I may safely say, that 2013 year is another successful year for the banking sector. I have said many times, that the banking sector is the locomotive for economics and for development of Georgian business. Today, when we speak of banking sector we don’t need to speak about the subjects like trust, stability, transparency, etc. At the same time we are moving on towards a new stage and we have to respond to new challenges - more transparent relations with  customers,  maximum responsibility, social responsibility, protection of the customers rights and a number of issues, which trouble customers today, especially, in relation to retail lending”- said governor of NBG on today’s meeting.

Giorgi Kadagidze announced a planned meeting with the banking sector representatives, which will be held on June 12 in NBG: “On Thursday, we have the meeting with the banking sector, where we will discuss in details the challenges that exist in the consumer sector. Several months ago, I have already made a statement on so called credit traps, and also on the credit card-related problems.”

Governor of NBG congratulated TBC bank with starting operations on the London Stock Exchange: “this is a very important event, which shows once more, how strong the foreign investors’ trust in the Georgian Banking sector is”