Koba Gvenetadze- IMF support has even more special significance in such difficult circumstances, created due to the background of the pandemic

A video conference was held between Subir Lall, the acting Chief of the International Monetary Fund Mission for Georgia, Koba Gvenetadze, Governor of the National Bank of Georgia, and Lasha Khutsishvili, Minister of Finance of Georgia, regarding the completion of the eighth review of the Extended Fund Facility supported program.

The completion of the eighth review concludes the EFF supported program. Georgia received about $ 690 million under this program.

Koba Gvenetadze thanked the members of the IMF Mission for the accomplishment of work and noted that the support of this organization has even more special significance in such difficult circumstances, which were created due to the background of the pandemic.

The IMF Mission once again pointed out that the inflation targeting framework, together with the floating exchange rate regime, does a good job for Georgia. 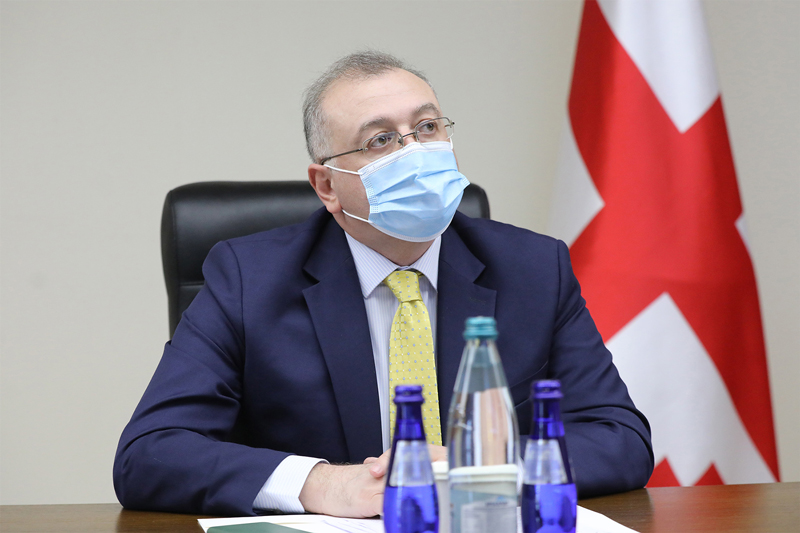 "We are pleased that the Mission clearly supports the measures and monetary policy undertaken by the National Bank of Georgia. According to the IMF assessment, the NBG is properly focused on achieving the inflation target. The review indicates that the banking system has been able to sustain adequate buffers to deal with the Covid-19 shock, reflecting the efficacy of the pre-crisis supervisory regime. It will be important to take proactive approaches for the future as well, so that the supervisory policy balances, on the one hand, the support of the economic recovery process and, on the other hand, the proper management of the quality of the assets," the NBG Governor said in a joint video conference.

In the end, Koba Gvenetadze thanked all the involved parties and expressed hope that in the near future negotiations will start on the launch of a new program of the IMF.