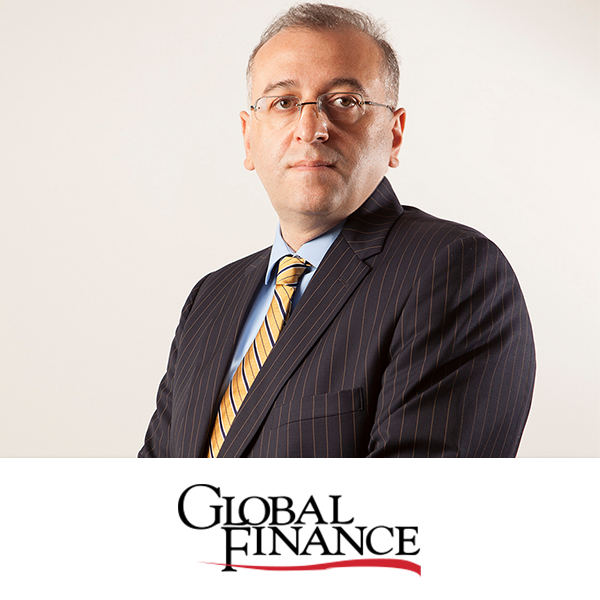 It is noteworthy, that Global Finance Award is acknowledged worldwide; individuals and banks receiving the awards are distinguished in global financial community for their high reputation and successful work.

Bankers are graded for success in areas such as monetary and exchange rate policies, as well as inflation control, interest rate management and support of economic growth. It is important to emphasize, that it is the first time that Global Finance entered the Governor of the National Bank of Georgia in the Report Cards and under the aforementioned criteria he received an A- and joined the elite club of the central bankers who's ratings are A and A-. The Governor of the National Bank of Georgia, Koba Gvenetadze will attend International Monetary Fund and World Bank's Annual Meeting on 13th of October, in Indonesia, where 16 central bank governors will be honored at the award ceremony.

90 central bankers were graded in 2018's Global Finance's Central Banker Report Cards (85 countries and 5 regional central bank governors), with the final list due to be published in October. "Central Bankers are confronting a perfect storm of challenges, from unwinding quantitative easing to shielding economies from political upheavals. Our scorecards for these public finance leaders show who is maintaining control and moving forward, and who is struggling against slippery political or economic changes,"- noted the Global Finance publisher and editorial director Joseph Giarraputo.

Global Finance, founded in 1987 has a circulation of 50,000 and readers in 193 countries. Global Finance's audience includes senior corporate and financial officers responsible for making investment and strategic decisions at multinational companies and financial institutions. Its website - GFMag.com - offers analysis and articles that are heritage of 31 years of experience in international financial markets. Global finance is headquartered in New York, with offices around the world, Global Finance regularly selects the top performers among banks and other providers of financial services. These awards have become a trusted standard of excellence for global financial community.
Press release of Global Finance is available on the following link: