Global Finance Named Koba Gvenetadze, Governor of the National Bank of Georgia, among the Best Central Bankers For a Second Time 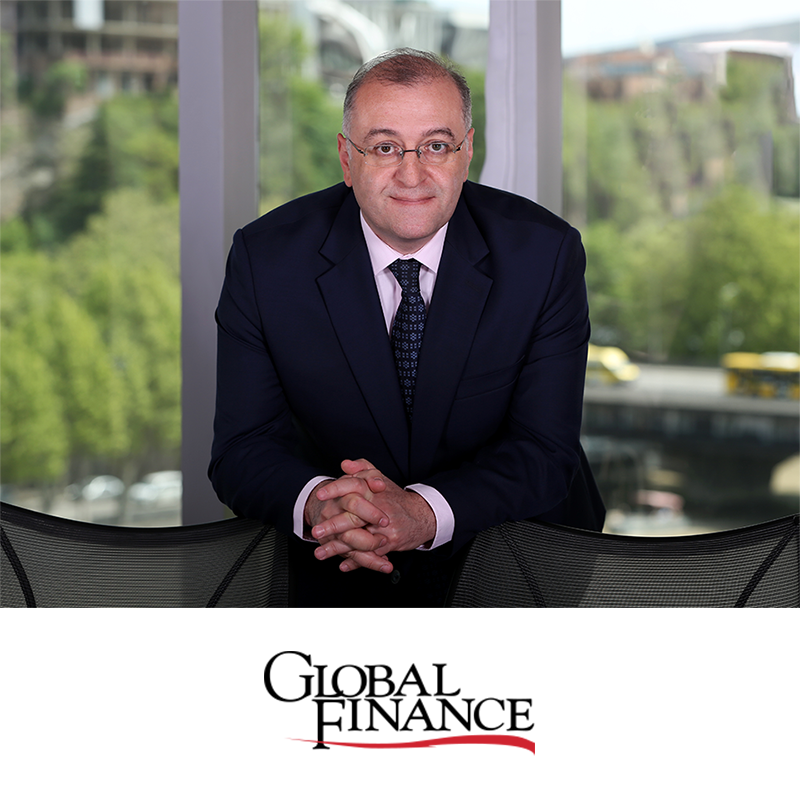 For the first time, influential international financial magazine Global Finance entered the Governor of the National Bank of Georgia in the Report Cards in 2018 and under these criteria he received an A-. This year, the Governor once again received an A- grade and joined the elite club of the central bankers whose ratings are A and A-.

Global Finance Award is acknowledged worldwide. The individuals and banks receiving the awards are distinguished in global financial community for their high reputation and successful work. Grades are based on the several directions of the policy conducted by the central banks.

Among the Central Bankers earning the same "A-" grade are: heads of European Central Bank (Mario Draghi), Bank of England (Mark Carney), Federal Reserve Bank (Jarome Powell) and others.

The Central Bankers Awards Ceremony will be held alongside the IMF/World Bank's Annual Meetings, on 19th of October, in Washington D.C. and Mr. Koba Gvenetadze together with 21 central bank governors will be honored at the award ceremony.

98 central bankers were graded in 2019's Global Finance's Central Banker Report cards and the final report will be published in October.

"Central bankers are facing the next potential recession with fewer arrows in their quivers and, in some quarters, unprecedented pressure on their independence," said Global Finance publisher and editorial director Joseph Giarraputo. "With trade disputes and political instability gaining steam, nations look to central bank leaders to be steady hands on the world's economic tillers, and this year's top-rated bankers demonstrate just that kind of stable leadership, whether they are steering their nation through stormy times or battening the hatches with an eye to clouds on the horizon".

Global Finance, founded in 1987 has a circulation of 50,000 readers in 193 countries. Global Finance's audience includes senior corporate and financial officers responsible for making investment and strategic decisions at multinational companies and financial institutions. Its website - GFMag.com - offers analysis and articles that are heritage of 31 years of experience in international financial markets. Global finance is headquartered in New York, with offices around the world, Global Finance regularly selects the top performers among banks and other providers of financial services. These awards have become a trusted standard of excellence for global financial community. Press release of Global Finance is available on the following link: https://d2tyltutevw8th.cloudfront.net/media/document/press-release-central-banker-report-cards-2019-1565288458.pdf