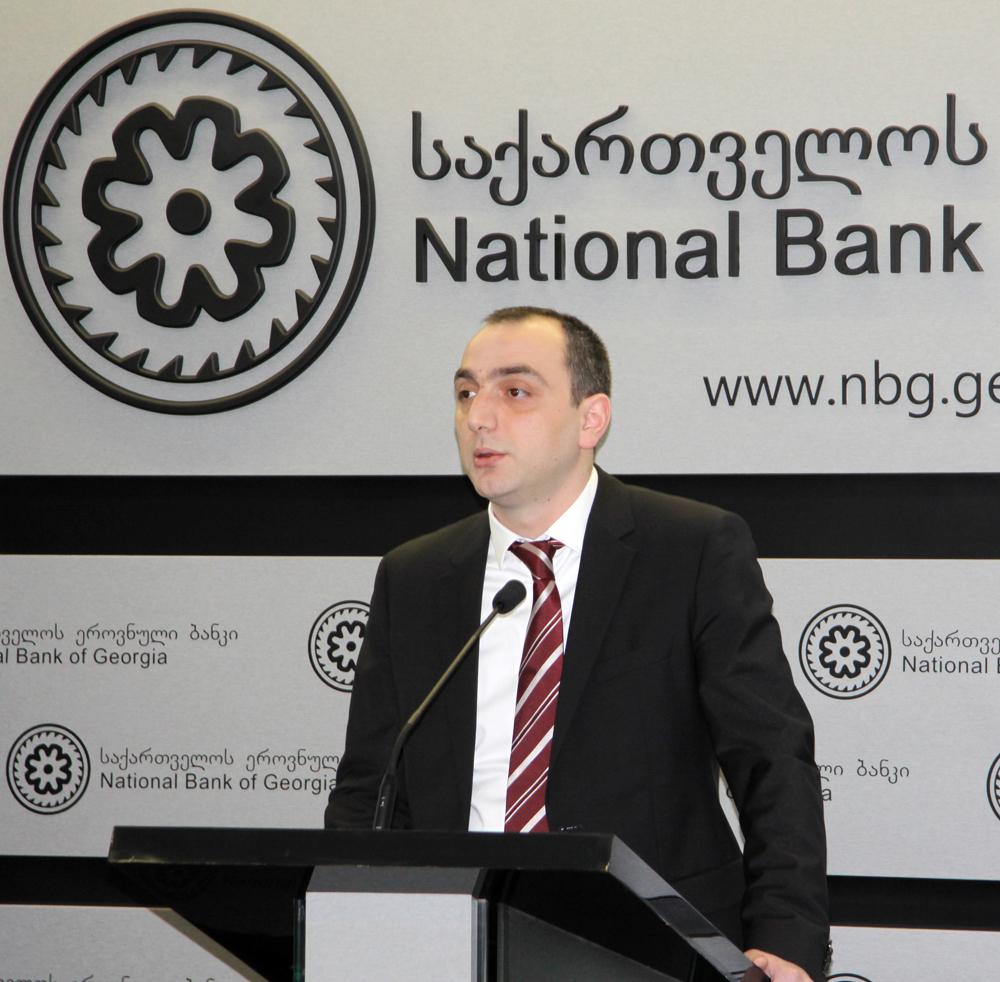 World's leading financial magazine The Banker, owned by Financial Times Group, named Giorgi Kadagidze, Governor of National Bank of Georgia as the Central Banker of the year 2014 for Europe.

One of the foremost world publications every year selects and awards best financial institutions and central bankers in 149 countries. The Central Bank Governor of the Year awards celebrate the officials that have best managed to stimulate growth and stabilise their economy.

A well-capitalised and stable banking sector, which has shown resilience against major shocks, has been a key feature of Georgia in recent years. So much so that in a study programme funded by the World Bank, the governor of the National Bank of Georgia, Giorgi Kadagidze shared Georgia's experience of banking supervision with delegates from the central banks of Kazakhstan, Tajikistan and other countries in 2014.

"The recent financial sector assessment programme (by the International Monetary Fund) noted the improvements that have been made (in Georgia) over the past years, which - according to the assessment - have resulted in an advanced, risk-based, comprehensive, forward-looking, and in some instances even a leading supervisory approach," is said in IMF report. "The assessment confirmed that we are on the right path, pursuing well-established international standards, including the Basel core principles and other international best practice guidelines." says Mr Kadagidze

Still, Georgia has a high level of dollarisation, which remains a major challenge in the coming years. In 2014, Mr Kadagidze stimulated a de-dollarisation process, among other measures, by a widening of the collateral base of the National Bank of Georgia (NBG) which improved the availability of domestic currency resources and promoted lending in lari.

The NBG has also supported the development of the local capital markets. In 2014, the first lari-denominated bond was issued by the European Bank for Reconstruction and Development. Following this example, other international financial institutions (IFIs) are expected to issue in lari, according to Mr Kadagidze.

"Issuance of local currency bonds by IFIs will further support the supply of long-term lari resources on the market and the de-dollasization process in general," he says.

Mr. Kadagidze responded to the recent fluctuation in GEL exchange rate:"We will use all the instruments at our disposal to ensure that the current events do not have a negative impact on inflation and the financial situation of the population."

Last year, Miroslav Singer, Governor of Czech National Bank was named the Central Banker of the Year by The Banker.

The Banker is the world's premier banking and finance resource, read in over 180 countries.